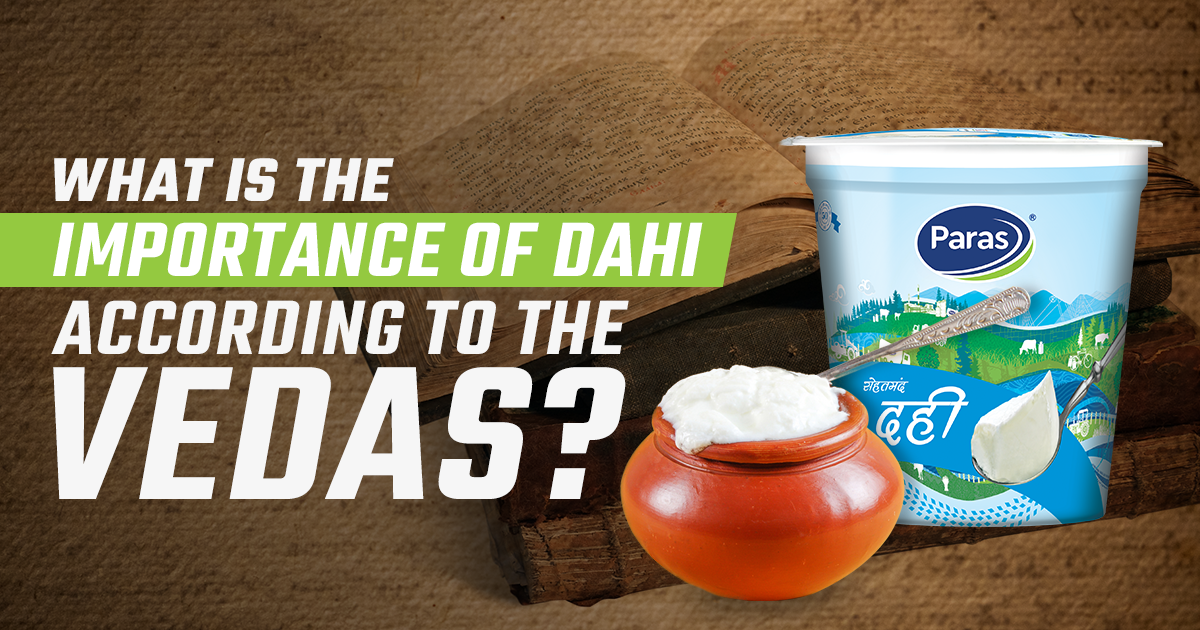 VEDAS say that curd made out of cow’s milk is a delightful food not only for humans but for gods as well. The below Mantra of Rigveda (10-179-3) adroitly describes “DAHI” (curd);

This means that Milk has been first prepared or “cooked” in the udder of the cow and then, it is processed on fire hence DAHI (curd) made out of this milk is really healthy, fresh, and nutritious. The best time to consume Dahi is during mid-day when the sun is shining.

The four important things which the Mantra describes on Curd are it states that since the milk is first prepared in the udder of the cow then it is obvious that the curd is healthy and fresh.

These CLAIMS are scientifically proven! (BELOW ARE THE REASONS..)

i) Has been first “Prepared in the Udder” which indicates the bio-chemic facet of milk. It is known that a healthy cow’s milk does not get spoiled for the first 2 to 3 hours due to the presence of a natural enzyme called – ‘Lactoperoxidase’ in milk. Modern research has now come up with a technique to regenerate this naturally occurring enzyme to increase the life of raw milk by more than 2 to 3 hours without further processing or cooling it.

ii) It has to be noted that the “cooking” of milk in the udder refers to the production or secretion of milk from a healthy udder that is free from any kind of disease. Whereas the milk from a sick cow the udder which is produced under filthy conditions will contain a large number of unwanted bacteria and thus cannot produce good curd.

iii) It further states that the milk was heated on fire before making curd even in ancient days. Hence it proves that the microbiology and chemistry of milk and curd were not undetermined by the Vedic society and civilization.

iv) The best time for the consumption of curd is during mid-day when the sun shines right at the top of our heads. This is also referred to in the Mantras.

It is always a good idea to include “Dahi” as a healthy supplement in your diet. Even people who are intolerant to lactose can easily digest milk. And there is no doubt about the health benefits of including curd in your diet.

So what to wait for? Get the best curd (Dahi ) in the market today made by Paras Dairy which contains all the nutritious value to make your plate a complete diet!

3 Simple Summer Snacks Made With Dahi